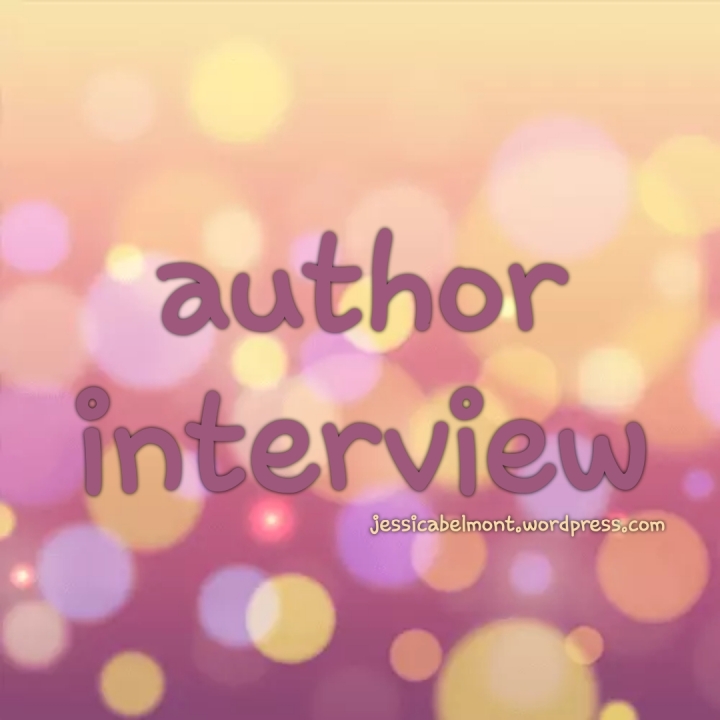 I’m very excited to have author Graham Hurley on the blog today. Check out the interview I did with him, and the information on his new, historical fiction novel, Last Flight to Stalingrad!

1) How long did it take to finish writing Last Flight to Stalingrad?

I started as the tree outside my study window began to shed its leaves and I finished— suitably enough—in the depths of a harsh winter. By the time I put pen to paper, the truly heavy lifting had been done. Think snow. Arctic winds. Total whiteouts. By now,  I’d explored every research avenue I could find, read countless books, imagined myself into landscapes and relentless physical challenges I’d never experienced, and—most important of all—got to know the characters with whom I was going to share the journey.  The rest pretty much took care of itself.

2) What was the inspiration behind the Last Flight to Stalingrad?

I was a post-war baby as a kid.  My mum was under the bombs in London, and my dad flew in night fighters. I grew up on a diet of black and white World War II movies at the local picture house, and when I went into television, I specialised in making anniversary documentaries to celebrate great battles, most of them lost. Latterly, after the move into full-time writing, a dalliance with contemporary crime fiction somehow triggered that old nostalgia for the biggest crime scene of them all, and so back I went to 1939. If you’re interested in the battlefield, then Stalingrad was the most unforgiving of them all. How could I resist trying to put something fresh about that catastrophe on the page?

3) If you could choose a character from Last Flight to Stalingrad to have dinner with, who would it be and how would that go?

Of all the characters that brighten the pages of Last Flight to Stalingrad, I’d most like to break bread with Josef Goebbels. With his ruthlessness, his guile, and his gifts for dressing up fantasy and lies as an irresistible truth, he brought real theatre to the Thousand Year Reich. The Nuremberg Rallies, the 1936 Berlin Olympics, the huge victory parades once the war had started, were all trophies he laid at the feet of his adored Fuhrer. Goebbels was the man who set the agenda for the rest of the twentieth century, and for decades after that. He brought the art of the Big Lie to perfection, and I’d love to know exactly how he did it. Would he tell me? Probably not. But would it be fun trying to find out? Well, yes….

4) Do you experience writer’s block? If so, how do you overcome it?

It’s never happened. Which makes me very lucky. Writing is a virus. Once it’s in the bloodstream, it never leaves you alone. Writer’s block might be a blessing from time to time, if it ever happened, but on balance I’m very glad it doesn’t.

5) Do you have any specific writing “rituals” you always do when you sit down to write?

When I finish the previous day’s writing, I always make sure it’s in the middle of a sentence, or a paragraph, and hence I always know where those first few words in the next day’s allotment belong. That gives me, at the very least, a handhold on the cliff face, and after that it’s fear of falling that drives me ever upwards, no matter how slowly. On that same theme, here’s a confession. When I start every book, I always look for cockpit footage of difficult landings on YouTube. One I’ve just discovered takes me from Katmandu (very bumpy runway) way up into the Himalayas. The destination, a tiny town called Paro, is ringed by soaring peaks, plunging valleys, and a thousand other versions of sudden death, and to make life even tougher for the pilots, the runway—which doesn’t appear until twenty three seconds away from landing—is very, very short. The plane belongs to the local airline, the pilot is a Buddhist, and there comes a moment—10 minutes fifty four seconds in—when he abandons the control column, bows his head, and prays. You can see individual flowers on the flanks of the oncoming mountain. Disaster is just meters away. He has to drop a wing to survive—and yet his prayers come first.  Coolest thing I’ve ever seen. And just a bit like starting a new book.

6) What is the research process like for writing a historical fiction?

Exhaustive (and exhausting). You’ve got to make the period as familiar as your house, your own life. You’ve got to know what belongs where, who to be frightened about, what happened in exactly which order, and how much you’d have to pay for a loaf of bread.  Book by book, as your research begins to thicken, you start to feel at home in this new/old world, and it’s at that point that you’ve earned the right to start inventing character, circumstance, and event. The past is a language, just like music, or French. Before you can express yourself properly, you need to do an awful lot of work.

7) What is your favorite part of the writing and publishing process? Least favorite?

My two favorite stages, in this order, are putting research flesh on the bones of the basic idea (see above), and then drawing breath before the plunge onto the first page. On a bad day, it will be a belly flop, in which case I have to dry myself down and try again.  On a good day, I make barely a splash on entry and follow the tiles on the bottom to the shallow end on a single breath. Silky. And a huge relief.

8) What made you want to be a writer?

As a kid, we never had a TV at home. In fact my dad never parted with the money until England were in the World Cup Final (1966), by which time I was at university. As a result, especially during those long winter evenings, I’d always retire to bed with an armful of books. Reading was a huge pleasure, a kind of lifeline, and it’s remained so ever since. In the house of your dreams it offers endless doors, all of them unlocked, and all you have to do is apply the lightest pressure, feel the door open under your fingertips, and then listen to the voices in your head. Lockdown without books would have been a real test. Lockdown with books was—for us—virtually normal. And writing? I remember a moment in my local library as a kid. I was eleven years old. I’d just stepped up (literally) to the adult section. I was looking around at all these books, on all these shelves, and all these names, on all these book spines, and it occurred to me that this writing game couldn’t be that difficult. How wrong I was.

9) Is there a period in history that you haven’t written about that you would like to explore?

Yes. The near future. And I suspect that if we don’t, that chance will have gone.

10) Do you have any advice for new writers?

Yes, and it couldn’t be simpler. Writing is a vocation, a summons. It’s also a kind of magic, a kind of alchemy. It will take you places you’ve never dreamed about, in ways that defy explanation. It’s everyone’s dream ticket to wherever your imagination wants to go. Just do it.

‘Historical fiction of a high order … Hurley’s descriptions of the cauldron of Stalingrad, and of Shakespearean vengeance are well worth relishing’ The Times

For four years, the men in field grey have helped themselves to country after country across Western Europe.

For Werner Nehmann, a journalist at the Promi – the Ministry of Propaganda – this dizzying series of victories has felt like a party without end. But now the Reich’s attention has turned towards the East, and as winter sets in, the mood is turning.

Werner’s boss, Joseph Goebbels, can sense it. A small man with a powerful voice and coal-black eyes, Goebbels has a deep understanding of the dark arts of manipulation. His words, his newsreels, have shaken Germany awake, propelling it towards its greater destiny and he won’t let – he can’t let – morale falter now. But the Minister of Propaganda is uneasy and in his discomfort has pulled Werner into his close confidence.

And here, amid the power struggle between the Nazi Chieftains, Werner will make his mistake and begin his descent into the hell of Stalingrad…

Born November,  1946,  Clacton-on-Sea,  Essex.  Seaside childhood punctuated by football,  swimming,  afternoons on the dodgems,  run-ins with the police,  multiple raids on the local library…plus near-total immersion in English post-war cinema classics including The Dam Busters,  Ice Cold in Alex,  The Wooden Horse,  The Cockleshell Heroes and Reach For The Sky.  War-crazy?  Sort of…

Becomes a promotion script-writer with Southern Television,  then researcher,  then director.  Spends the next twenty years making ITV documentaries,  many of them networked.  Films seabed wrecks of the Titanic and the Bismarck (with American oceanographer Bob Ballard),  profiles the Brighton Bomber, produces ITV’s account of Richard Branson’s near-fatal attempt to cross the Atlantic by balloon,  wins a number of awards…but still dreams of getting into print.

An ITV commission for 6-part drama series Rules of Engagement is sucessfully finessed into a two-book contract with Pan-Macmillan.  Two more novels,  both dubbed “international thrillers” follow.  Sacked after Television South loses the ITV franchise and embarks on new career as – at last – a full-time novelist.

The answer, mercifully, is yes.  In all, I pen seven “international thrillers” for Pan-Mac before joining Orion and delivering two more.  Then comes a career swerve into crime fiction (Orion’s idea), and a dozen books featuring lead fictional cops D/I Joe Faraday and D/C Paul Winter, who pursue very separate agendas in the darker corners of Portsmouth (aka Pompey).

To Orion’s surprise, and my relief, the series is a success.  Foreign sales are healthy and the French, bless them, embark on a series of lavish feature film-length adaptations for transmission on France-2.  The Gallic version of Pompey?  Le Havre.  Two books in the series are shortlisted for the Theakston’s Crime Prize and Orion agree to a spin-off series featuring young D/S Jimmy Suttle, all set in East Devon.

Then comes another change of fictional direction.  After sixteen years in the cri-fi gulag, desperate for a new challenge, Lin and I find ourselves in N/W Spain, living out of the back our our ageing camper van.  A chance encounter in a Galician fishing village prompts a WW2 novel.  Thanks to publisher Head of Zeus, “Finisterre” becomes the first in a series of WW2 novels, “The Spoils of War”, each book loosely interlinked by recurring characters, both fictional and real.  “Finisterre” is short-listed for the Wilbur Smith Adventure Writing Prize, and four more novels follow, with a couple still to be published.  At this point, my career has come full-circle and I’m back with my childhood first love:  six years of much-chronicled mayhem in the world’s biggest crime scene, aka The Second World War.

Back in the real world, I’m celebrating twenty-eight years of marriage to the delectable Lin.  We have three grown-up boys – Tom, Jack and Woody – plus three corking grand-kids, Dylan, Patrick and Daisy.

Favourite time of the day?  Six’o’clock…..

You can support me by buying me a book